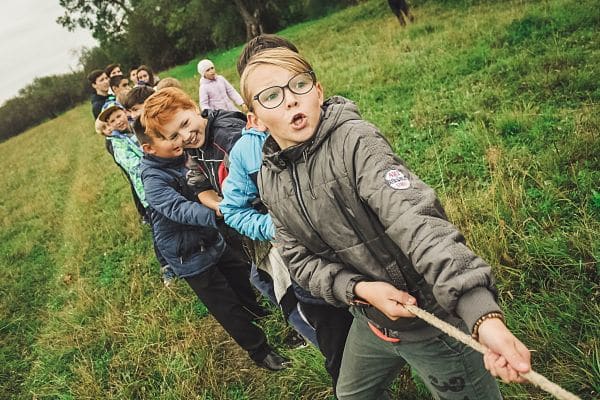 We all want our kids to grow up safe, happy and successful. But in the dogged pursuit of their future prosperity, we often deprive them of the chance to play on their own. And while it looks like an indulgence to spend time goofing off when they could be learning a foreign language or building AI robots, playtime may actually be essential for developing the skills that’ll help children flourish as adults.

Children are getting less and less time for basic play, even at kindergarten ages. A survey conducted by the National Association of Elementary School Principles in 1989 found that 96 percent of school systems offered at least 1 recess period. By the turn of the 21st century, that number dropped to 70 percent.

It’s easy to see why play has fallen out of favor. Recess and free time are losing out against structured activities designed to help children learn specific skills, such as sports or music. Parents often feel that enrichment programs held after school or in the summer are better for kids’ development.

With increasing competition for college admissions, there’s pressure for young people to excel in athletics, academics and arts, even at an early age. And when they find a little free time, kids often turn to video games or television for entertainment.

Well-meaning parents and educators may feel free play is a waste of time in a fast-paced world. It doesn’t look good on a college application. But play actually has lasting benefits for kids, helping them develop the physical, mental and social abilities necessary for success as adults.

According to the U.S. Center for Disease Control, 18.5 percent of American children between ages 2 and 19 are obese. Kids need to move more. And unstructured play makes exercise fun.

Children who play outdoors are more active than those who play indoors. Outside, they have room to run, climb and swing. They tend to play longer and burn more calories outside.

Kids who get into the habit of regular exercise are more likely to stick with it as adults. Physical fitness is also linked to better academic scores, less stress, lower chronic disease like diabetes and heart disease, and less smoking, drinking and drug use.

Aside from just getting kids moving, unstructured play helps them learn what their bodies can do. Throwing, catching, climbing trees, swinging and running all build strength and coordination.

They learn to take small risks, such as barreling down a scary slide, jumping off a platform or balancing on a fallen log. They build confidence in themselves and their abilities.

Children interacting without adult interference cultivate the social skills necessary to work and thrive with others. They cooperate to play games and organize make-believe scenarios. They communicate verbally and read others’ emotions and reactions. And when conflict inevitably arises, they negotiate solutions and find compromises.

Dealing with the social and physical challenges of play also gives kids the confidence to make good choices. As they grow up, children have to gradually make more and more decisions for themselves. Unstructured play lets them practice taking control of their actions without adult direction.

When children make up their own adventures, they’re learning to adapt to their surroundings and changing circumstances. If they have a good game of astronauts and space aliens going and a new kid wants to join the fun, they learn to adjust.

They also find creative ways to reach their goals. If they want to storm the castle, they turn a stick into a sword and a tree becomes the black knight. They’re practicing the kind of lateral thinking that’s becoming one of the key skills for success in today’s complex society.

In many schools and towns, play has taken a backseat to other activities, but a few simple changes can open the space and time for kids to let go. For example, communities, churches and schools can dedicate more space to play by improving a local playground, expanding recreation areas, adding new playgrounds or opening up school grounds after hours.

Play areas can be enhanced to ignite imagination. Combining a variety of textures and surfaces with multi-purpose structures encourages kids to interact with their surroundings in new ways. And adding loose objects like blocks, milk crates, wooden planks and plastic pipes to playgrounds will fuel imagination.

Some parents may be concerned that letting kids run around outside on their own is dangerous. But it’s possible to keep children safe during free play. Parents can get to know their neighbors so anyone playing outside is among friends rather than strangers. They can also organize schedules with other parents in the area, so there’s always an adult at the local playground after school to ensure safety but not interfere. 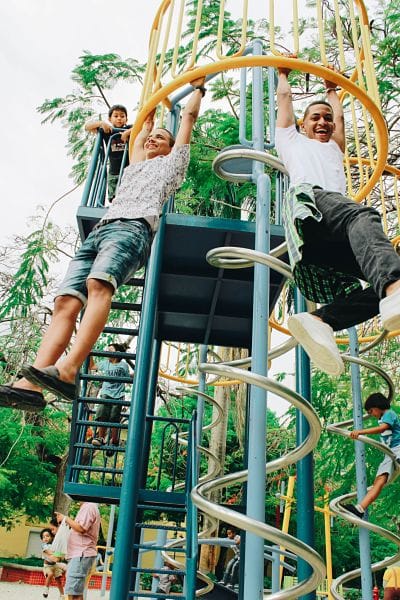 As we’ve tried to help kids grow and keep them safe through focused, structured, risk-free activities, we’ve lost something basic. Children instinctively want to play, and that may be nature’s way of preparing the young for their lives ahead.

Peter Gray, a researcher in psychology at Boston University, surveyed anthropologists who’ve studied hunter-gatherer cultures still living today in isolated locations around the world and found that children in these communities were allowed to play and explore on their own every day. The adults saw play as essential to developing the skills required for adulthood.

Perhaps, it’s time to give our kids back that elemental right of childhood, the right to be silly, outrageous and daring, to inhabit a universe entirely their own, to try on adulthood like a royal crown, in short – the right to play.